Bringing the apocalypse to Times Square with Augmented Reality.

Amazon Prime Video wanted to promote its highly anticipated TV series “Good Omens,” based on the novel of the same name, with a memorable interactive experience within Times Square, New York.

We created an experience that brought a fun-filled apocalypse to Times Square using Augmented Reality.  A live stream camera feed shown on one of Times Square’s hero digital screens immersed crowds within a series of apocalyptic scenes from the series, including raining fish, a kraken’s tentacles emerging from behind buildings and even flipping a New York yellow taxi cab.

As the crowds watched these scenarios unfold through a digital billboard, they were encouraged to pose for a photo which was then shared on social channels. The AR activation was supported by additional large-format billboards around Times Square, featuring a dynamic countdown to ‘doomsday’ … the release of the series, as well as sponsored Instagram Story Overlay Stickers.

The AR Times Square takeover was launched by Neil Gaiman himself, who then shared the experience online with his 2.64 million followers. Following the campaign launch, the Times Square experience went on to receive a Gold ABBI Award and a Bronze CLIO Award. 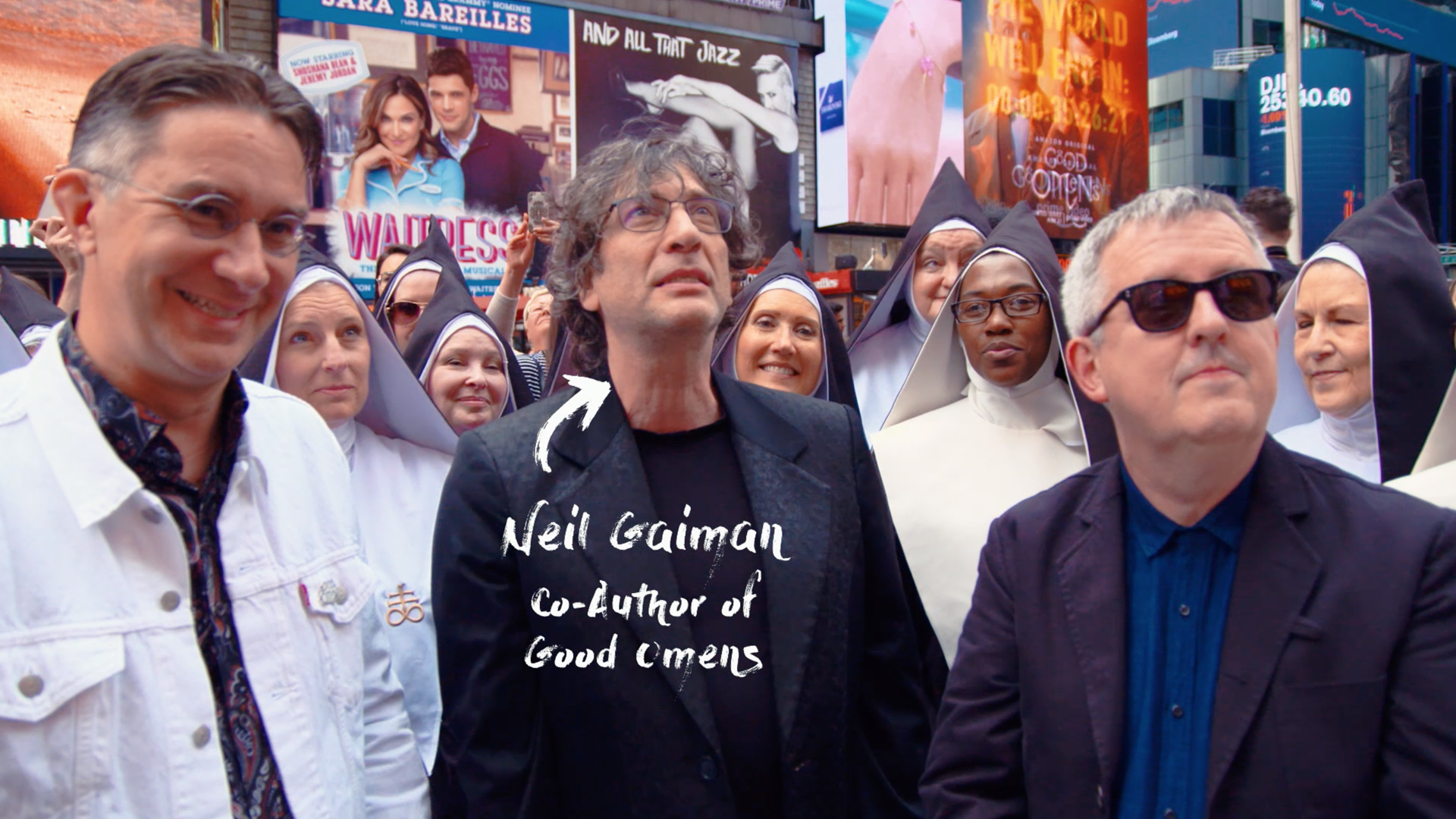